Mindset for Women by Adalyd

Clearing the Path to Success for Professional Women Leaders

We may earn money or products from the companies mentioned in this post.

In the following sections of this article, we will be discussing who the Xennials are, what makes them unique in the workplace, and what events can be used to differentiate them from other generations. Have a fun read!

Xennial is a micro-generation between the very end of Gen X and the beginning or just before the Millennial. This generation, according to popular opinion, are people born between 1977 and 1983.

They are the bridge between the Xers and the Millenials. Xennials interacted and learned from the former in their childhood and adolescence and had access to everything that shaped them later in their teenage years. Due to this connection between the two generations, they combine the cynicism of the former and the optimism and drive of the latter.

This is why they never truly fit into either generation. Instead, they are a more versatile and adaptable version of both.

Events that Shaped the Generation

Xennials experienced major events, especially the growth and advent of technology, in a unique way. These events shaped their character and the way they go about their activities. Below are some facts and events that define the Xennials:

From the rotary phones to cell phones, emails to social media platforms, school modem to home internet; from reading through hundreds of papers for research work to surfing the internet, they indeed experienced some great transitions in their youth.

Unlike the Xers, the Xennials never balked in the face of change. Instead, they embraced it and can be said to be as tech-savvy as the Millennials.

2. Focus and Tenacity: Xennials grew up using the hands-on approach and taking their time to carry out research. The effects of the recession also taught many to be hard-working and surf through jobs to settle debts. All these were really helpful in building their tenacity, focus, and determination.

This cannot be said of the majority of Millennials who did not have any of these experiences. To put it more concisely, Xennials possess the energy of a Millennial and the work ethic of a Xer.

3. Inclusiveness: As mentioned earlier, Xennials have always been the link between the older and younger generations. They understand the sometimes crudeness of the Xers thanks to they (Xers) being a significant part of their childhood.

They can also empathize with the Millennials as they both had young adulthood. This inclusiveness has made them a valuable addition in a workplace with different generations.

4. Great Communicators: In their childhood and teenage years, Xennials were used to physical communication with friends, families, and teachers. They understood facial expressions, signals, and body language.

The advent of social media at a young age made it easy for them to understand the basics. Also, being adept at physical communication helped them understand the meaning of emojis, the tone of communication, and lots more. This diversity has made them excellent communicators and great assets in any workplace.

5. Team Players: Growing up, Xennials call the rotary phones in their friends’ homes to gather at a particular place to have fun or do assignments. They come together for creative projects and spend quality time together. Also, the hardship that followed the recession brought a lot of Xennials together to achieve new things.

This, plus their inclusive nature, has made them more of a team players and equipped them with the right tools to survive in any type of workplace.

Xennials being a micro-generation on the cusp of Gen X and Millennials can sometimes be overlooked or just classified as part of either generation. However, their unique experiences stand them well and make them a valuable part of the workplace and society at large. While not being the most populous (25million), they are unique assets that should be tapped at every opportunity.

Do you want to know how your Generation type affects your personality?

Be Quality. Be Agile

Adalyd is a true reflection of a modern woman who challenges convention and with fierce determination, beats all odds to achieve her dreams. 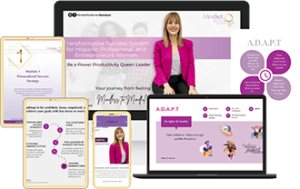 A 12-week interactive and actionable coaching program designed for Professional Women who want to be focused, organized, productive, and confident in the steps that they are taking to achieve their personal goals.

Without feeling stressed, worried, and desperate.

I want to know Christ—yes, to know the power of his resurrection and participation in his sufferings, becoming like him in his death.
Philippians 3:10
DailyVerses.net

Stay in the Loop!

Free resources and proven strategies for increased productivity and inner peace by focusing on what matters most for YOU. Learn how to work mindful based on your values, and manage your life by managing your time and developing better processes for your personal life and business. Be Your Potential to the Fullest. Let's Start.
Follow Me!

Free resources and proven strategies for increased productivity and inner peace by focusing on what matters most for YOU. Learn how to work mindful based on your values, and manage your life by managing your time and developing better processes for your personal life and business. Be Your Potential to the Fullest. Let's Start.

You can find out more about which cookies we are using or switch them off in settings.

This website uses cookies so that we can provide you with the best user experience possible. Cookie information is stored in your browser and performs functions such as recognising you when you return to our website and helping our team to understand which sections of the website you find most interesting and useful.

Strictly Necessary Cookie should be enabled at all times so that we can save your preferences for cookie settings.

If you disable this cookie, we will not be able to save your preferences. This means that every time you visit this website you will need to enable or disable cookies again.